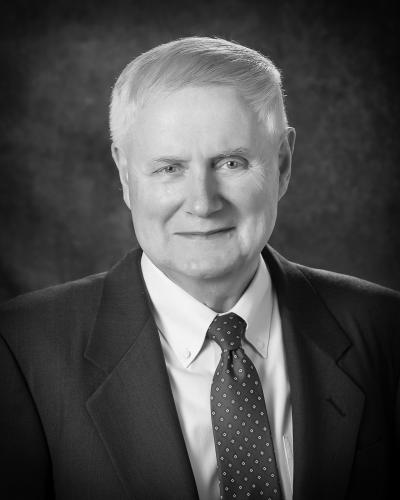 In recognition of his distinguished contributions to "nuclear and chemical reactor safety", Hans K. Fauske, D.Sc., Emeritus President and Regent Advisor of Fauske & Associates, LLC, has been elected a Member of the National Academy of Engineering (NAE). The Formal Induction Ceremony will be held October 9 at the NAE Annual Meeting, Washington, DC.

Election to the National Academy of Engineering is among the highest professional distinctions accorded to an engineer. Academy membership honors those who have made outstanding contributions to "engineering research, practice, or education, including, where appropriate, significant contributions to the engineering literature" and to "the pioneering of new and developing fields of technology, making major advancements in traditional fields of engineering, or developing/implementing innovative approaches to engineering education."

Founded in 1964, the U.S. National Academy of Engineering is a private, independent, nonprofit institution that provides engineering leadership in service to the nation. Its mission is to advance the well-being of the nation by promoting a vibrant engineering profession and by marshalling the expertise and insights of eminent engineers to provide independent advice to the federal government on matters involving engineering and technology.

"It is quite an honor to receive this recognition," states Dr. Fauske. "It would not have been possible without the many talented colleagues who have supported my efforts along the way. In addition, my family has been very instrumental in my success and achievements. I am very grateful."

After completing his graduate education, the M.Sc. degree in Chemical Engineering from University of Minnesota in 1959 and the D.Sc. degree from the Norwegian Institute of Technology in 1963, Dr. Fauske joined the staff at Argonne National Laboratory (ANL).

The ANL (managed by the University of Chicago) recognized the contributions being made by Dr. Fauske by first promoting him to Senior Chemical Engineer in 1972 [which is the equivalent of full professor by the University of Chicago] and later in 1975 awarding him The University of Chicago Medal for Distinguished Performance at Argonne National Laboratory, the first such honor given in the field of nuclear reactor technology. During the last two years before leaving ANL in 1980, he served as the first Director of the DOE Fast Reactor Safety Technology Management Center, responsible for the planning and management of the U.S. programs, and was widely considered to be a leading world authority on fast breeder reactor safety. During this period he was also Chairman of the Argonne National Laboratory Committee A which was responsible for all the hiring and promotion of scientific and engineering staff (~ 4000).

Notable academic involvements by Dr. Fauske during his stay at ANL include thesis supervision of M.Sc. and Ph.D. graduate students doing research at Argonne through a collaboration at universities with the University of Chicago. Examples include candidates from the University of Minnesota, University of Notre Dame and Northwestern University.

In 1980, Dr. Fauske left Argonne National Laboratory along with Dr. Michael A. Grolmes and Dr. Robert E. Henry to establish Fauske & Associates, LLC (FAI) with Dr. Fauske as the President of FAI. Over the past 35 years, the reputation of FAI has been achieved nationally and internationally and is considered a World Leader In Nuclear and Chemical Process Safety.

During this time, Dr. Fauske has been involved in projects covering a wide range of safety issues in both the nuclear power and chemical process industries. To list a few, he served as Senior Advisor to the Industry Degraded Core Rulemaking program (IDCOR) which resulted in the MAAP computer models for analyzing severe accidents in commercial nuclear power plants being used worldwide, and as Senior Technical Advisor to the Clinch River Breeder Project with overall responsibility for the severe accident energetics assessment which contribute to successful licensing of the U.S. advanced sodium-cooled fast breeder reactor design. He also provided overall technical direction for the AIChE Design Institute for Emergency Relief Systems (DIERS), funded by 28 chemical firms in the U.S. and abroad, which led to state-of-the-art methodology and laboratory tools for characterizing chemical systems and designing relief systems for storage and process equipment worldwide. In the nineties, he produced resolution of chemical vulnerabilities in the U.S. Hanford high-level waste tanks supporting the potential for Containment-In-Place as a long term cost effective alternative. Currently, he is performing a key role related to prevention and accommodation of chemical and nuclear plant accidents.

Dr. Fauske has published more than 200 scientific articles and holds numerous patents in the areas of nuclear and chemical process safety. He was a member of the editorial boards of the Journal of Loss Prevention in the Process Industries and the International Journal of Multi-Phase Flow, and is currently serving as a member of the editorial board of AIChE Progress Safety Process Journal. He has taught at several universities in the U.S.A. and abroad and served as the sixth BASF Renowned Scientist Lecturer from 1989 to 1990. He is a fellow of both the American Nuclear Society (1979) and the American Institute of Chemical Engineers (1985). In 1975, he became the first person in the field of nuclear reactor technology to receive the University of Chicago Medal for Distinguished Performance at Argonne National Laboratory. In 1982, he became the third recipient of the Tommy Thompson Award, the highest honor that the American Nuclear Society bestows in the field of reactor safety. In 1991, he received the ANS Thermal-Hydraulics Division Technical Achievement Award, in 1992 the prestigious AIChE Donald Q. Kern Award for his significant contributions in the area of nuclear and chemical process safety, and in 1996 the AIChE Robert E. Wilson Award in Nuclear Chemical Engineering for his leadership and contributions in developing methods to help assure safety in the nuclear power and chemical process industries. In 2004, he received the Outstanding Achievement Award, from the University of Minnesota, for demonstrating outstanding achievements in his field on an international level, and in 2012 became the recipient of ANS George C. Laurence Pioneering Award for Nuclear Safety in recognition of his lifetime of pioneering contributions towards the enhancement of nuclear safety.