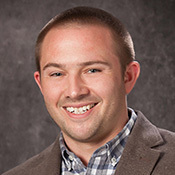 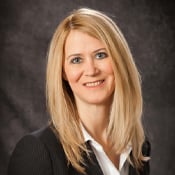 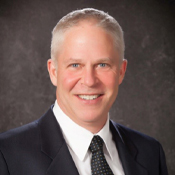 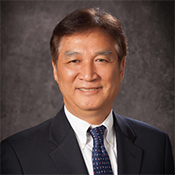 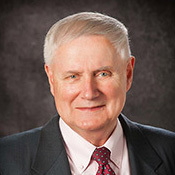 President Zachary Hachmeister provides leadership to the business operations and vision for growth to Fauske & Associates, LLC (FAI), a wholly owned subsidiary of Westinghouse Electric Company LLC, from our Burr Ridge, Illinois (USA) location.
Many are familiar with Zach as COO and a constant resource, here at FAI, combining customer service with practical lab experience, data analysis, organizational leadership and consulting. Zach continues to build on our reputation of solving complex process safety and severe accident prevention management in the chemical and nuclear industries.
A subsidiary of Westinghouse since 1986, FAI operates globally and specializes in engineering, process safety testing, consulting and training.

Senior Vice President (SVP) Mr. Ken Kurko joined Fauske & Associates, LLC in 2003.  He has overall management responsibility for all FAI product areas while continuing to consult to the chemical process safety and nuclear industries. He has a thorough background in the identification and quantification of chemical reaction hazards using a wide variety of techniques and is expert at kinetic modeling and relief system design.

Mr. Kurko is proficient at DIERS vent sizing methodologies for reactive and non-reactive chemistries, including Fauske’s simplified methods as well as Leung’s ω-method for two-phase flow. He is also experienced with effluent handling design such as header sizing and conceptual design of catch tanks, knockout pots, and quench tanks.

As Chief Operations Officer (COO), Mrs. Lorenz is responsible for the following areas:

James P. Burelbach, PhD, has overall responsibility for FAI business development and marketing activities. As Chief Commercial Officer (CCO) he works closely with FAI product managers and technical leaders to integrate their specialized expertise into high quality content for evolving digital marketing platforms. He cultivates strategic relationships through collaboration with industry partners, intermediaries, and customers to expand FAI’s global presence and strengthen the Fauske brand across a broad range of industries. He directs an international sales network that distributes and markets FAI products and services. Dr. Burelbach continues to advise colleagues and customers on reactive chemical hazards and the application of calorimetry data to emergency relief system design, and he continues to support development and deployment of innovative computational tools and calorimetry methods.

Martin G. Plys, Sc.D., is a Vice President of Waste Technology & Post-Fukushima Services at Fauske & Associates, LLC (FAI), an affiliate of the Westinghouse Electric Company. After receiving Sc.D. from MIT in 1984, he began his career at FAI developing severe reactor accident models for the MAAP computer code. In 1988, he became Manager of Methods Development responsible for MAAP stewardship. In 1992, he was promoted to Vice President and moved to Brussels to assist Westinghouse with development of MAAP models for Russian reactor designs. In 1993, with MAAP/VVER completed, he moved back to the U.S. and began to focus on process safety and safety of wastes stored at the U.S. DOE Hanford site. Most recently, he has been a primary contributor to the technical bases for safe processing and storage of Hanford spent nuclear fuel (SNF) and sludge, explosive hazards analysis of the waste treatment plant (WTP) vitrification facility, and disposition of cesium and strontium waste capsules.


Recognized as an industry expert, his work has appeared in numerous journals and publications, and he has been a featured presenter at more than 23 conferences.

Dr. Paik’s extensive experience and research interests focus on the fields of thermal hydraulics, severe accident phenomena, and developing severe accident codes for several types of reactors. During his career at FAI, Dr. Paik’s major contributions include directing and performing:

Global lecturer and author: Dr. Paik lectures and provides severe accident training courses for utility personnel throughout the world. Dr. Paik also develops training materials and has published over 40 articles in the area of nuclear safety.

It was with great sadness that we saw the passing of our company founder and namesake Dr. Hans K. Fauske, DSc. Hans touched the lives of countless people around the world through his illustrious career of technical leadership in nuclear and chemical process safety. Beyond his many scientific publications and awards he was an inspiring leader, patient mentor, tireless competitor, and devoted family man. We remember his intelligent companionship and are proud to continue the tremendous legacy he leaves in the process safety community.

Since leaving Argonne National Laboratory in 1980 to found Fauske & Associates, Inc., Hans was involved in many innovative projects covering a wide range of safety issues in the nuclear power and chemical process industries. He served as Senior Consultant to the Industry Degraded Core Rulemaking program (IDCOR) which resulted in the MAAP computer models for analyzing severe accidents in commercial nuclear power plants worldwide.  He also provided overall technical direction for the AIChE Design Institute for Emergency Relief Systems (DIERS) which led to state-of-the-art methodology and laboratory tools for characterizing chemical systems and designing relief systems for storage and process equipment worldwide.

Dr. Robert E. Henry is Emeritus Senior Vice President, Regent Consultant and co-founder of FAI which was founded in 1980. In this position, he has been responsible for developing the understanding of pressurized and boiling light water reactors during severe accident conditions. This knowledge base has been integrated into a large system code called MAAP (Modular Accident Analysis Program). MAAP has gained widespread acceptance in the domestic and foreign nuclear industry. This computer code models such phenomena as when core damage would (and would not) occur, core overheating, hydrogen formation, distribution, and combustion within the containment, debris distribution, debris bed coolability, challenges to reactor vessel integrity, core-concrete attack, fission product release, transport and deposition, etc.

He was a member of the EPRI (industry) team that assessed the reactor behavior following the Three Mile Island - Unit 2 accident and he was also one of the Industry Representatives in the U.S. delegation to IAEA /Vienna to evaluate the Russian interpretation of the Chernobyl Unit 4 accident. In addition he has served on NRC review panels to evaluate ongoing research. As a result of his experience, Dr. Henry was chosen to author the EPRI Technical Basis Report for supporting the development of Severe Accident Management Guidelines for all four U.S. reactor types.

Dr. Henry’s areas of expertise are severe accidents, two-phase flow and boiling heat transfer as well as waterhammer phenomena. In particular, he, along with Dr. Fauske, authored the Henry-Fauske two-phase critical flow model which has been used to analyze the blowdown behaviors for nuclear plants in all of the nuclear power countries.

Previously Dr. Henry held a number of responsible research and development positions at Argonne National Laboratory (ANL) from 1969 to 1980 including Associate Director of the Reactor Analysis and Safety Division.

Dr. Henry has published more than 150 articles in the areas of nuclear safety and engineering and has authored, or co-authored six U.S. patents as well as a book on the accident management lessons from the TMI-2 accident. He is a member of the American Nuclear Society and in 1985, he received the Tommy Thompson Award: the highest honor the American Nuclear Society gives in the field of reactor safety. Dr. Henry also received an Award for Outstanding Engineering Accomplishment from the College of Engineering, University of Notre Dame, in 1990.