Fauske & Associates, LLC (FAI) provides critical support to nuclear equipment manufacturers and suppliers, OEMs and utilities with a range of services and testing designed to qualify equipment, parts and components for many applications.   These include both mild and harsh nuclear environments to NRC guidelines and to meet industry and plant-specific requirements.

Our material testing laboratory is also equipped with instruments including a Fourier Transform Infrared (FTIR) Spectrometer utilized for various applications related to Material Forensics and Identification testing to identify what the component material is and to perform forensics. Additionally, aged materials can be evaluated to determine the response of the material as a result of the environment conditions. 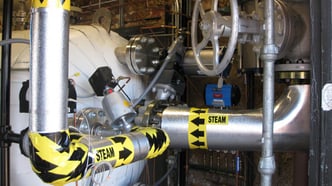 SEISMIC QUALIFICATION OF CLASS 1E EQUIPMENT ACCORDING TO IEEE 344

Class 1E equipment for nuclear power generating stations is safety related equipment that is essential for safe shut down of the reactor.  It has to be safe in case of seismic activity.  In other words, it must be assured that the equipment performs as designed during and after a seismic event.  A qualification that guarantees this can be obtained by testing the equipment on a seismic shake table.  The qualification can be obtained by following IEEE (Institute of Electrical and Electronics Engineers) standard 344, which containes the recommended practices for seismic qualification of class 1E equipment for nuclear power generating stations.  The practices should be used to ensure that the equipment can meet its performance requirements during and following one safe shutdown earthquake.

Fundamental knowledge of mechanical vibrations is required when analyzing the effects of a seismic event on plant equipment.  The following is a brief review of vibration theory:

Figure 1 can be understood as a simplified schematic of a plant component, such as a pump or an electrical cabinet, mounted to the ground. During an earthquake, the ground undergoes motion,  which is called base excitation.  Depending on the stiffness, mass and damping characteristic of the component, the equipment will undergo a vibratory motion (response).  The response can be violent if the frequency of the base excitation coincides with one of the natural frequencies of the component.  This is called resonance.  A resonance situation is to be avoided at all times.  A seismic event consists of an irregular time history of base displacements.  However, it typically covers a certain frequency range, which is based on the geographical location of the site.  Consequently, the component should be designed in a way that it does not exhibit any natural frequencies in the range of the expected earthquake frequencies.  Damping can dissipate some of the energy of the vibratory response.  Additional damping by dashpots or frictional plants can be an option if the natural frequency cannot be sufficiently designed “away”.

FAI offers a complete turn-key EQ program along with a la carte testing service program in our on-site facilities in Burr Ridge, Illinois.

Our engineering team has proven experience in all phases of EQ and regularly addresses challenging issues including forensic analysis of failed components, determination of cause of failure and subsequent design or reverse engineering of a solution.