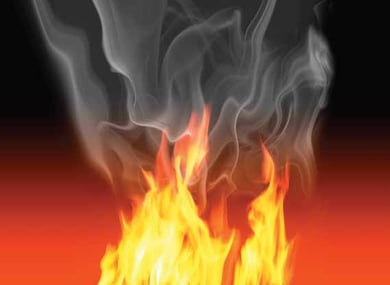 F - Flow of gases, vapor and particulates in a compartmentalized facility
A - Aerosol generation and transport
T - Thermal response of rooms and equipment
E - Explosion hazards from flammable gases and entrained particulates (dust)

Here is a list of FATE applications, which should give some idea about the code’s capabilities - such as a current application involving flammable concentration evolution during the operation of a major manufacturer's sand blender, where sand molds are broken up after being used and are fed into the blender to break up the remaining sand chunks. Flammable gas is released as the resin in the sand decomposes in the blender. In another industrial application, FATE is used to show that pressure transient in a newly designed flange guard device, which is clamped around a flanged pipe connection and has an open vent pipe, remains below the design pressure in the event of “pinhole” leak in the pipe gasket. In both applications, FAI will identify the pertinent phenomena, set up a simple FATE model, make parametric runs, and report the results with one or two weeks of effort.

We thought this information was relevant to share and discuss as FATE's code capabilities are vast. Your facility may have an innovative idea or need to address similar issues for which FATE can be tailored to suit. If you'd like to learn more about FATE, check out FAI's work on the Development of the Source Term Analysis Tool SAS4A-FATE for Lead-and Sodium-Cooled Fast Reactors by clicking below.