Safety in a Green Hydrogen Economy

For decades the thought of using hydrogen as a sustainable and cost-effective fuel source has been a hair’s breadth out of reach. But recently, Air Products & Chemicals, a US industrial gas company has revealed that it has begun building a “green” hydrogen plant in Saudi Arabia to supply power to a futuristic city Neom that only the retro cartoon family “Jetsons” would recognize as home.

But what is green hydrogen and why is the concept growing in popularity?

Green hydrogen is generated by passing electricity through a hydrogen-bearing compound, most commonly water. When exposed to the electric current, the bonds that hold the water molecule together are broken, creating two molecules of hydrogen (H2) and one molecule of oxygen (O2) for each two molecules of water (H2O). This process is known as electrolysis. What makes this process “green” is that the required electricity can be generated from renewables or other zero-carbon resources such as wind, solar, or nuclear energy, and hydrogen combustion does not create any carbon decomposition products like CO2. Additionally, hydrogen is an energy source that can be stored for future use.

The environmental impact of using green hydrogen is anticipated to be tremendously positive, and green hydrogen can be made affordable by scaling up the electrolysis process described above. The Nuclear Energy Institute (NEI) has identified nuclear energy as potentially the cheapest carbon-free source for hydrogen fuel if used on a large scale.

However, as a process's scale increases, so too do the safety risks. Hydrogen is extremely flammable and under certain conditions could detonate. Fauske and Associates LLC (FAI) are proven experts in eliminating or mitigating process scale-up and energy storage risks, especially when hydrogen is present. FAI has decades of related engineering analysis and testing experience in the chemical and nuclear industries.

Below is a diagram that defines the flammable concentrations of hydrogen in air, including data taken in the FAI lab. The concentration that produces the greatest overpressure from deflagration in air is identified. 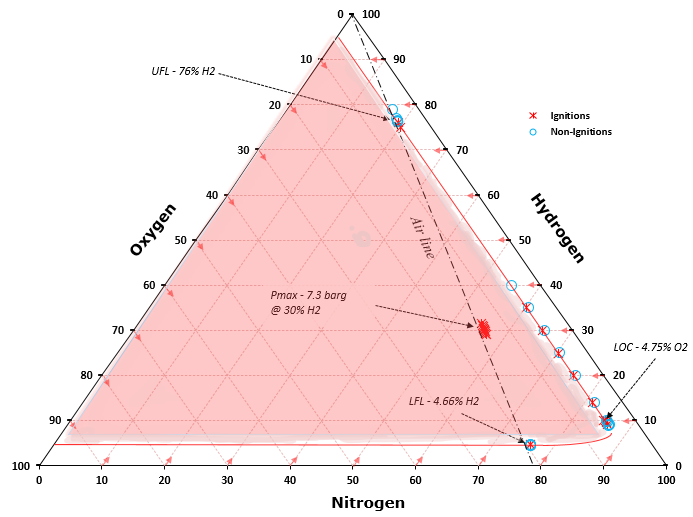 Figure 1 Flammability diagram for hydrogen in air at 1 atm, data taken in the FAI lab

The flammability limits (LFL and UFL) testing was performed using ASTM E918, Standard Practice for Determining Limits of Flammability of Chemicals at Elevated Temperature and Pressure. The testing to determine the lowest flammable oxygen concentration (LOC) to propagate an ignition was done using ASTM E2079, Standard Test Methods for Limiting Oxygen (Oxidant) Concentration in Gases and Vapors. All testing was conducted in air at ambient conditions.

If these risks cannot be eliminated by a change to the process design, then those risks should be mitigated through appropriate relief systems and vent sizing. For mitigation, one must first determine the maximum pressure (PMAX), the deflagration index (Kg), and the burning velocity of the worst-case combustion event. The illustration below shows FAI results for PMAX as a function of hydrogen concentration. 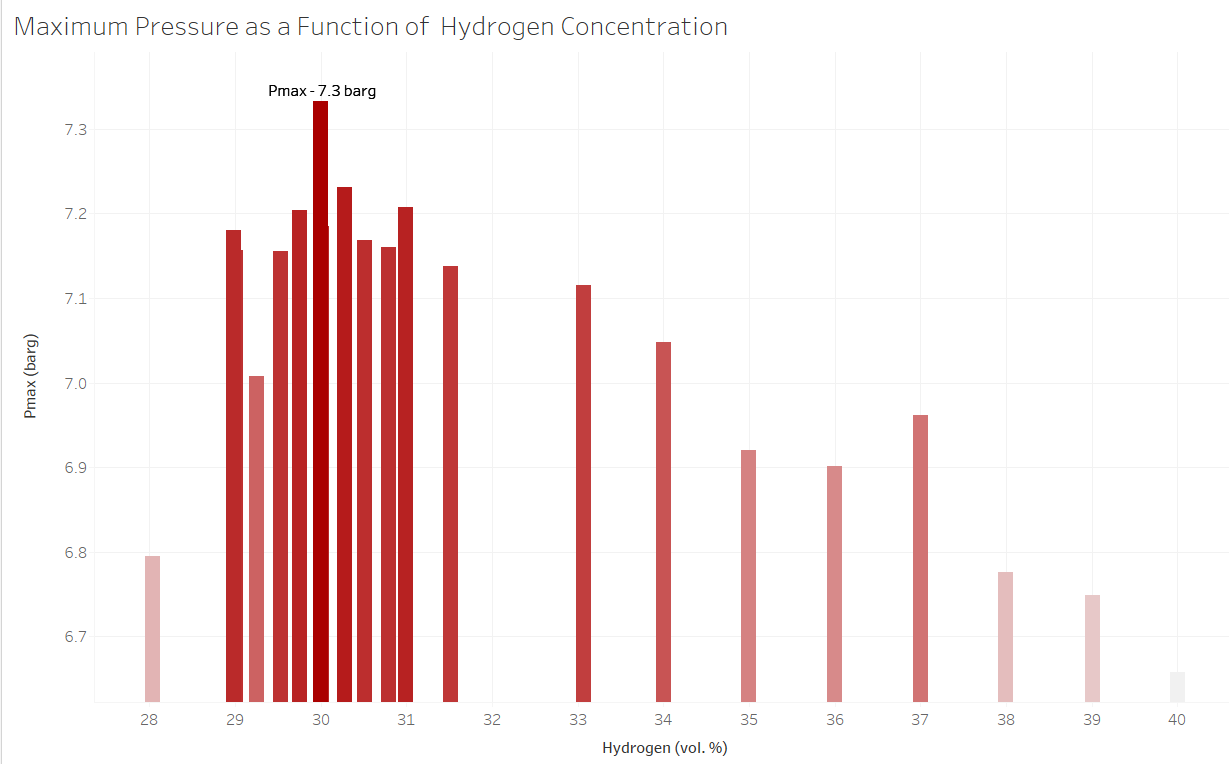 Figure 2 Maximum pressure as a function of hydrogen concentration

The explosion severity testing and calculations were performed using EN 15697, Determination of maximum explosion pressure and the maximum rate of pressure rise of gases and vapors. The explosions were measured at a sampling rate of 10,000 data points per second.

The green hydrogen plant that is scheduled to be built in Saudi Arabia is estimated to be powered by 4 gigawatts of electric power generated from renewable wind and solar resources. While renewable energy sources have the capability to power green hydrogen production facilities, they are known to have periods of decreased output such as when the sun is not shining, and the wind is not blowing. A robust infrastructure for coping with variable capacity generating resources is emerging around the world with significant progress for industrial-scale energy storage in batteries. In the US, those battery energy storage systems (BESS) must be subject to a series of thermal and flammability tests outlined in an Underwriters Laboratories’ standard called UL9540A Edition 4. FAI has the capability to perform a wide range of the tests listed in that standard. FAI offers a wide range of testing services, from custom “bespoke” testing to standardized flammability tests which are ISO 17025 accredited. Similar flammability diagrams can of course be readily developed to address mixtures of hydrogen and methane which may be of interest to those tasked with hydrogen transport through existing natural gas pipelines (for which FAI also has experience in probabilistic risk assessment).

As our Earth turns towards cleaner and more efficient methods of energy generation to provide for an ever-increasing demand, energy producers turn towards Fauske and Associates LLC to ensure the safety of those working to change the world. Please contact us for assistance in making the world a safer place.