Do You Know THAT Guy?: Combustible Dust and Authorities Having Jurisdiction (AHJ), P3

In Part one of this 3-Part series, "Close Encounters..." I discussed who is authority having 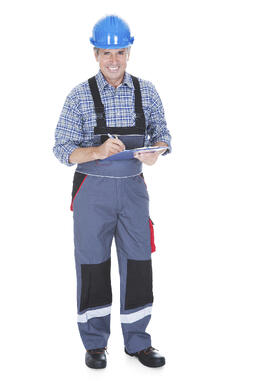 jurisdiction or AHJ.  I concluded that there are many AHJs and for discussion purposes, divided them into three kinds of people: permit people, doing business people, and inspectors. (Yes, inspectors are people,  too.) I did forget to include a simple statement to the effect of "NFPA is not your AHJ."  In Part two, "Sleeping With the Enemy.." I explore that for the most part, the AHJs are determining, judging, applying and approving "something that you have proposed" as acceptable to [themselves] the authority having jurisdiction.

A fictional micro case study, names and places from many different events were changed and mixed in to protect everybody.  (Please note: the word "guy" is used androgynously and is not meant to imply any gender.)

Once upon a time, in a small rural town, indoor bucket elevators were prohibited for new construction.  A new manufacturer in town requested and received a variance to the building code prohibiting indoor bucket elevators from the local AHJ.  In this case, the AHJ was a town official unfamiliar with NFPA or combustible dust. We will call him Town-Code-guy.  He never asked about combustible dust. Who knew?

The bucket elevator was installed indoors. This elevator carried newly cast, 125oF, solid organic pieces and left over dust to a cooling chamber.  The variance did not alter any other building code requirements.

An AHJ of the second kind, the insurance agent, did a walk-thru, completed required paperwork, issued a quote and got the business.  We will call him Insurance-guy.  He never asked about combustible dust. Again, who knew?

Many inspections followed, including one from OSHA.  Among other safety issues, dust clouds in another area of the plant bothered OSHA-guy and he arranged for an OSHA Industrial Hygienist to follow-up. Other OSHA standard short comings were noted and cited. Nothing was said about combustible dust.

The PEL for nuisance dust was not violated.  Never the less, the Owner-guy called in some engineers to address the dust exposure issues anyway. It was after all, a lousy environment for human occupancy.  Owner-guy added a dust collector to clear the air. The new dust collector was not equipped with an explosion vent or any other prevention or mitigation devices.  Who knew?  The Dust-Collector-guy did not say anything. Neither did the Designer-guy that drew up the documents Town-Code-guy approved.

Then, there was another fire in the cooling process. Same cause, a hot metal scrap started a fire in the cooling process.  Read two paragraphs up again, except the last sentence.  This time OSHA-guy said check out the NFPA combustible dust standards, took dust samples for Salt Lake City OSHA Lab analysis, and found a few more problems with OSHA standards on machine guarding and fall protection.  OSHA does not have a combustible dust standard, but they have other standards that can be applied to combustible dust workplaces.  They cited the plant for housekeeping violations.

Now, we are getting somewhere.  OSHA came down hard, issued big fines.  OSHA even required a third party analysis by a Safety-guy they recommended.  This was nothing extraordinary.  As an AHJ, OSHA had this option available according to the NFPA codes on combustible dust.

An explosion vent was added to the cooling process dust collector.

A few years later, after the Imperial Sugar tragedy in Georgia, OSHA guy received just enough combustible dust training to ask better questions." OSHA guy was always quick to say he was no NFPA expert, but now he knew that many organic dusts, not just grain dust and saw dust, could explode under the right conditions.

Well, it is apparent that the designer didn't, or did not know the source of the number.  The plant people didn't. The third party Safety-guy OSHA requested to review the corrective actions didn't.  Or maybe forgot to check the design.  Or maybe there is some other good reason.  (Please note, the OSHA Kst value report did say not to use this value for design purposes.)

On another visit to the plant, OSHA guy saw the indoor bucket elevator moving product through an enclosure that was filled with airborne combustible dust.  OSHA guy asked why because now he knew that bucket elevators and combustible dusts are a potentially explosive combination. Owner-guy showed him the variance.  OSHA guy made a strong recommendation to the manufacturer to check the NFPA Standards, and said he would look into issue also.

Could OSHA-guy trump another AHJ, the Town-Code-guy that issued the variance?

The owner (himself an AHJ, though he previously really never understood this authority in this way) knew that OSHA guy would be back and decided not to wait for OSHA guy's opinion or findings.  He brought in third-party consultants who assessed the hazards in accordance with NFPA Standards.  They recommended a series of options to protect the process, including to remove and replace the bucket elevator, adequately protect all the dust collectors, install fire and explosion detection and suppression components and implement site-specific training and a comprehensive combustible dust management program.  Owner-guy took ownership of the problems and began to implement the recommendations.  It took more than a just a few days.

Now Owner-guy was acting like an AHJ!  The Owner-guy had the bucket elevator removed and replaced to eliminated this hazard.  He also followed through with a comprehensive combustible dust management program.

Please comment with your thought on the roles of AHJs and others.