“I feel the earth move under my feet”…isn’t that how the song by Carole King goes? Today’s topic is 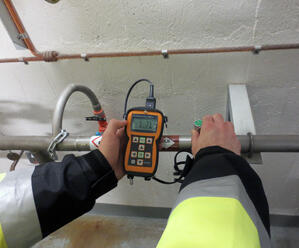 seismic events.  Seismic events occur when waves of energy move through the crust of the earth resulting in a most unnerving shaking sensation and often are accompanied by devastating amounts of destruction.

Most frequently, when we hear the term in discussions, it is in relation to earthquakes. But, really any type of event that can in effect cause the earth to move can produce similar waves. Depending on their strength, these events can challenge the structural integrity of any building, industrial facility or otherwise, and, therefore, its overall safety.

For example, growing up in Illinois, I have witnessed firsthand the effects of tornadoes such as November 2013’s F4 storm in Washington, IL, the F2 storm in Springfield, IL in 2006, or perhaps you remember the much discussed F5 tornado that hit Plainfield, IL in 1990. All were massive demonstrations of destructive forces powerful enough to shatter seemingly strong and impenetrable structures, reducing them in the blink of an eye to nothing more than matchstick piles of rubble.  And, I have also felt the rolling energy of an explosion and the ‘sonic boom’ produced by a passing plane that caused the room to vibrate and the windows to shake.

The increase of events like earthquakes in recent years have lead to increased interest in seismic walkdowns to screen for seismic adequacy of systems as part of structural engineering programs. Particular ongoing interest lies in the wake of the impact of the disastrous earthquake and tsunami that occurred in March of 2011 at the Fukushima Daiichi Nuclear Power Plant.  While seismic walkdowns are required within the constraints of nuclear regulations, the usefulness of such walkdowns is not limited to just nuclear plant scenarios.

A component (e.g. pipe section, valve, control cabinet) is determined to be seismically adequate when its structural capacity is greater than the seismic demand. So, if you work in a facility that has potentially flammable, explosible or even toxic material, then an event like any one of those described above could pose a risk to the structural integrity of your facility and your safety plan.

Within the chemical industry, a good place to consider including such a walkdown to ensure that piping,  equipment, tanks and venting systems could withstand the load of a potential seismic event and to allow for optimal safety measures, would be as part of the Mechanical Integrity element of Process Safety Management (PSM).  The Mechanical Integrity element requires employers to have a written program to ensure the integrity of processes and equipment.

Per OSHA, “The major objective of PSM of highly hazardous chemicals is to prevent unwanted releases of hazardous chemicals especially into locations that could expose employees and others to serious hazards. An effective process safety management program requires a systematic approach to evaluating the whole chemical process. Using this approach, the process design, process technology, process changes, operational and maintenance activities and procedures, nonroutine activities and procedures, emergency preparedness plans and procedures, training programs, and other elements that affect the process are all considered in the evaluation.”

As you can see, testing for structural safety is a natural fit. Seismic walkdowns should be conducted by qualified engineers with professional seismic training and access to necessary equipment (ultrasound, comparators, and modal equipment) that can be employed to effectively measure and document information regarding the seismic adequacy of equipment while on the walkdown.  For example, Fauske and Associates, LLC (FAI) engineers regularly undergo various professional seismic training (e.g. training provided by the Seismic Qualification Utility Group – SQUG).  Alternatively, we developed the FAI seismic screening methodology which provides an even more cost effective and conservative assessment approach. This methodology also allows us to analyze underground and buried pipe. Because we are both  a chemical process safety testing laboratory and engineering firm as well as a nuclear safety leader, our "hats" lend this side of our expertise to many areas of PSM.

At this point, FAI's Manager of Structural Services & Vibration Jens Conzen aptly points out methodological limitations: "It should be noted, tornados, sonic booms and seismic events are not quite directly related.  They are different in nature and result in different consequences to structures and equipment.  Therefore, a good seismic design cannot necessarily protect you from the consequences of a tornado or a sonic boom.  A seismic event is more like a vibration phenomenon, whereas a tornado is a pressure (or missile impact) load and a sonic boom is an acoustic load.

We find that walkdowns are a reliable method to assure that the as-is configuration can cope with the design basis earthquake.  Furthermore, a seismic engineering/seismic walkdown can provide good insight for the health of a system as well as the support systems.  The walkdown increases plant safety as the results will point out where areas are not adequate and where maintenance is needed.

My opinion is that it is beneficial to conduct system walkdowns (similar to a seismic walkdown) on a regular basis (every 5-10 years).  The walkdown report will document and improve the system health and you may avoid costly repairs in the future.  Most importantly, you have assurance that your system is functioning and ready to deal with what it was designed for (i.e. the design basis earthquake in this case)."

So, whether you live in and active earthquake prone area or in the Midwest where super cell storms and spring go hand in hand, or even near an airport or quarry where the after effects of that sonic boom or frequent blasts could be rather common place, your facility safety can benefit from a seismic or a system walkdown to make sure that if the earth does move, you and your employees are a bit safer.

For more information on regarding seismic analysis and its industrial applications, contact us at info@fauske.com